If you've been listening to the news lately, you've heard the NDP push our
minority liberal government for an immediate 15% rate decrease on auto insurance. I personally support responsible reductions in insurance premiums but this has to be responsible and a team approach with
FSCO, Companies, Brokers and Health Providers

In order to achieve the targeted reductions, the government will
be giving the Superintendent of FSCO the power to compel insurers to re-file
for lower rates once the reforms are implemented. This power will be
prescribed by regulation at the Superintendent's discretion and will allow for
prudential exemptions. This means no insurer will be forced to re-file
for rates that would threaten solvency and prudential obligations.

The reforms underlying the cost and rate reductions along with the
Superintendent's power to compel re-filing will depend on the budget bill that
was introduced on May 2nd passing into law. The clock will not
start ticking on any of these changes until the legislation is passed.
Once this occurs, it is estimated that insurers will have 12-18 months to
re-file.

While the proposed reforms are welcome, I am very concerned that consumer
expectations for a 15% reduction will be very high and a false expectation
continues to be set. Any reduction in premium will take time, and not
all consumers should expect to see a reduction. Rate reductions must be done
responsibly. Our understanding is that rate reductions will only be
compelled where there are demonstrable cost reductions arising from reforms.

The Budget motion needs to be debated and passed. If it
doesn't, Ontario will be thrown into an election and the proposed reforms and
the rate reduction commitment will be delayed indefinitely. We expect to
know the answer by the end of May, as time limits for debate and voting will be
exhausted by then. If the motion does pass, all eyes will turn to the
budget bill which, if it passes second reading, will be sent to committee.
It is there where further amendments to the bill could be made. We
are concerned that amendments could be made by the opposition that would be considered
irresponsible and we would be strongly opposed to any changes such as placing
an arbitrary deadline for targeted rate reductions.

The next month or so will be crucial to the industry and the
government. IBAO has been advocating for these important fraud reforms.
We would hate to see these reforms delayed any further, as consumers
cannot afford any further delay in getting rates reduced. When speaking
with politicians and other decision-makers, it should be made clear that the
legislation needs to be supported as is, and we can't afford to play any games
that would delay or threaten these much needed reforms. Furthermore, we
welcome the announced fraud reforms, but we believe the government is setting
expectations too high in its communications for a 15% reduction.

Most of the savings will be seen with the fraud piece and in
territories where fraud is prevalent. If
there is savings with anti-fraud legislation, it will be passed on to
consumers. As for our territory of
Belleville, Fraud is minimal compared to greater centers like the GTA. So will everyone's premiums be going down
across the board? My guess? Not likely any time soon. 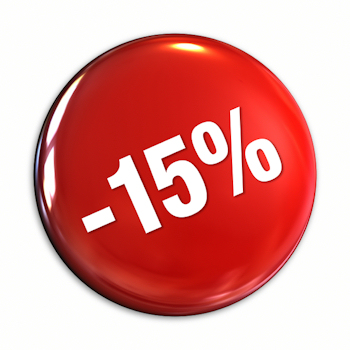